This dataset is about the official result of voter registration for preparing new voter lists 2016 published by National Election Committee on its website. There is a table contains the data of voter registration in 25 provinces and capital across the country including name of provinces/capital, total number of commune/sangkat and polling stations, total estimated statistic of each province’s population and people over 18, total number of voters and its percentage registered in the voter lists and as well as the total number of female in the voter lists. These data were collected from NEC’s website in PDF format by ODC's map and data team. Geographic data is encoded in the WGS 84, Zone 48 North coordinate reference system. 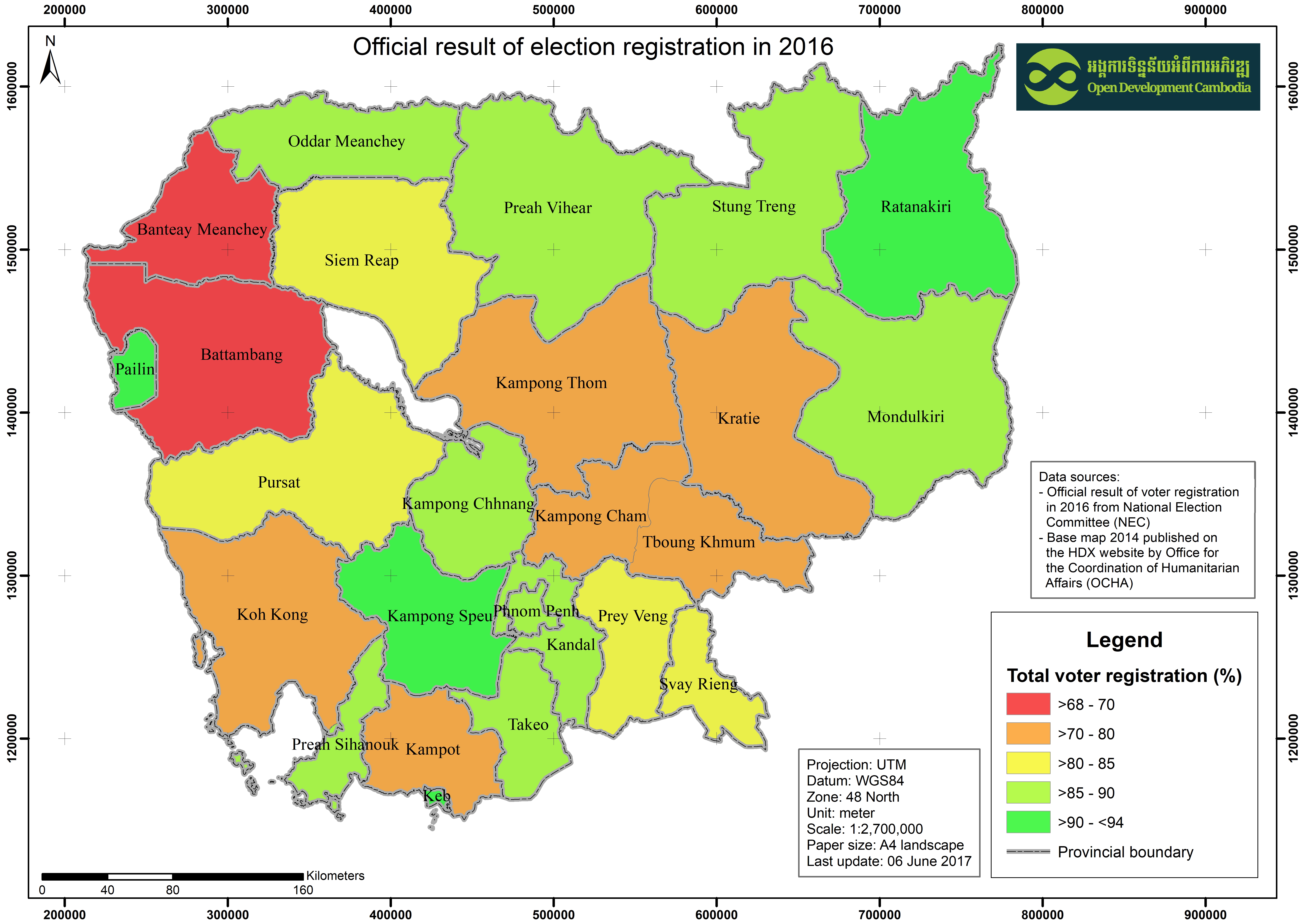